Tidbit and Smidge might never have made it to Mini Cat Town if not for a series of unfortunate events and serendipitous timing.

It was already dark on Sunday of Labor Day weekend when a woman came upon two tiny kittens, huddled together, alone – with no mom cat in sight. She could not simply leave them there. She found a box, lined it with a folded towel, gently picked up the helpless babies and drove in her SUV to MedVet, a 24/7 emergency animal hospital on Santa Teresa Blvd. in South San Jose.

Early morning that same day, my 14-year-old cat, Maggie, was having trouble breathing and I had rushed her to MedVet. I spent the day in my car, parked in front of the hospital, waiting to learn what was wrong. (Pet owners are not allowed inside due to strict Covid-19 protocols.) Toward evening, I brought Maggie back home with a course of antibiotics; the blood work they drew and other test results would not be back until after the holiday. But less than an hour later, Maggie was in crisis again and we were back at the emergency vet for critical care. Near 10 p.m., I was still parked in front of MedVet, waiting anxiously while they tended to my cat, now on oxygen. Maggie’s condition had deteriorated and her prognosis was poor. I was trying not to panic and my friend, Ana, had come to wait in the car with me. Both of us volunteer at Mini Cat Town and are around kittens and cats all the time. Ana is also one of our neonatal fosters and she is skilled at caring for the most vulnerable kittens.

It was a busy and chaotic night at the emergency vet with a constant stream of pet owners driving up with their ill or injured pets. The hospital staff was triaging the critical patients. A family hurried to the door with their dog, the young girl with them in tears. Veterinary staff came outside to another car and loaded a large dog onto a stretcher to bring it inside. Two women pulled up next to my car on my side and scrambled out. One of the women was carrying their small dog wrapped in a towel. The women were both in bathing suits and bare feet. They rushed to the door of the hospital and the vet techs took the dog inside. The younger woman sat at the table where you fill out critical care paperwork and broke down; the other woman consoled her.  Ana and I watched the scene unfold as we waited to learn about Maggie.

The black SUV pulled into the parking spot next to me on the passenger side, and a woman hurried out of her vehicle with a small, deep cardboard box. Ana nudged me and said, “I bet there are kittens in that box!” The woman walked up to the MedVet door and rang the bell. A female vet assistant came to the door and looked in the box. Ana got out of the car and approached them, inquiring about the kittens. Hoping for the best outcome for the kittens on a night with multiple emergencies going on at the hospital, the vet assistant asked the woman if she’d like to take the kittens home overnight and then bring them to the animal shelter in the morning. The woman didn’t feel she could care for them properly. So Ana offered to help and told the MedVet staffer, “I work at the shelter and I can take them home, feed them, and bring them in the morning.” The assistant handed over the box.

Ana returned to my car with the box and we both peered inside. Inside were a little-bit-of-a-thing brown tabby boy, and another gray baby girl, just a smidge bigger. The two kittens’ eyes were open, their ears were pointing up on their heads like an adult cat, and they had all their teeth — putting their ages between three to four weeks old. But they were undersized and emaciated; a sign that they had been fending for themselves without a mother cat.

Orphaned neonatal kittens are fragile and require round-the-clock care. They might not get that kind of attention at a busy emergency center and their best chance of survival would depend on a skilled individual who could step in and administer to their needs quickly. Ana was their best hope that night. As luck would have it, she’s an expert at syringe-feeding. These babies would need kitten milk replacement (KMR) formula every two hours – just like a human baby. Besides needing someone to feed them, they need to be “pottied” like the mother cat would and kept warm (i.e., with a heat disk or heating pad).

Ana drove back to her house with the kittens, fed them, and got them settled for the night. With her daughter on kitten watch, she returned to MedVet to wait with me.

At midnight, I had to make the terrible decision no pet parent wants to make: to humanely end their animal’s suffering. Maggie crossed over Rainbow Bridge that night. I was heartbroken. I had adopted Maggie, along with her brother, Whisper, as 3-month-old kittens and she was my family.

The two tiny kittens spending the night at Ana’s kitten hostel made it through the night. But the tabby was all skin and bones, weighing just 187 grams (about the size of a small apple). Ana named him Tidbit. His gray, protective sister was only a little bigger at 233 grams, earning her the name Smidge.

The two kittens needed some of Ana’s TLC before they’d be ready to go to the shelter, so they remained with her for the rest of the week. They began to gain weight and their conditions improved.

By the end of the week, Tidbit and Smidge were thriving: they were eating well and gaining weight steadily. Ana took them in to San Jose Animal Care Center.

When an orphaned kitten or a litter of kittens arrive at the shelter, the organization will reach out to its many rescue partners and skilled fosters to find the best possible care for the kittens. Coincidentally, Tram was there that day doing intake and decided to bring the kittens into Mini Cat Town’s adoption program. Of course, Ana would remain their foster mom and they would spend the next four to six weeks in her kitten room.

Today, Tidbit and Smidge are a healthy 2 lbs. They have grown into affectionate, adorable, lively kittens who love to play and cuddle together. With all they’ve been through, they rely on each other for comfort and companionship and are a bonded pair.

Mini Cat Town will not break up a pair of bonded kittens, so Tidbit and Smidge will be adopted out together. The kittens have been neutered/spayed, micro-chipped, and are up to date on their vaccinations. Tidbit and Smidge have arrived at Mini Cat Town’s adoption floor and kitten lounge at Eastridge Center and are already playing among other adoptable kittens and delighting visitors.

It took a village and a guardian angel cat named Maggie to save them, but today, Tidbit and Smidge are now ready to find their forever home.

For more information about Mini Cat Town (a 501C3 non-profit kitten rescue) and our available kittens visit our website www.minicattown.org. If you are interested in adopting Tidbit and Smidge as a bonded pair, or any of our adoptable kittens, you can find the adoption form here. If you are over 18 and are available to join our volunteer team, you can complete the application here. Even with all the challenges of the pandemic, the volunteer and foster team at Mini Cat Town has helped save more than 300 kittens this year. You can also visit us in person at Mini Cat Town at Eastridge Center, 2200 Eastridge Loop, Suite 1076, San Jose, CA 95121, and help socialize kittens. Mini Cat Town is open 6 days a week from Tuesday – Sunday, 12 pm – 6 pm. A 30-minute visit is $15 for adults; $10 for children 10 years old and under.

What to Do If You Find Kittens

If you find seemingly abandoned kittens, your first impulse may be to want to help them. But should you? A feral or stray mother cat will often leave her kittens in a sheltered spot while she goes off in search of food. She will return to feed her babies. Before you remove the kittens and “rescue” them, take this short quiz:

If the answer to those questions is yes, leave the kittens were they are. The mom cat will care for her kittens.

However, if the answer is no — there isn’t a mother cat in sight and the kittens appear sickly, skinny, maybe covered in fleas, crying and scared — and you can safely pick up the kittens, then you should help them. Place them in a box or carrier, lined with a towel or blanket to keep them warm, and take them to the animal shelter. San Jose Animal Care Center will accept drop offs at their facility. While closed to the public during the Covid-19 pandemic, stray animals can still be dropped off at the shelter daily from 7 a.m. – 5 p.m.

Each year nearly 5,000 orphaned kittens are brought in to San Jose Animal Care Center. The shelter works with rescue partners like Mini Cat Town and other rescue and foster organizations to ensure that these kittens have the best possible chance at finding loving homes.

This site uses Akismet to reduce spam. Learn how your comment data is processed. 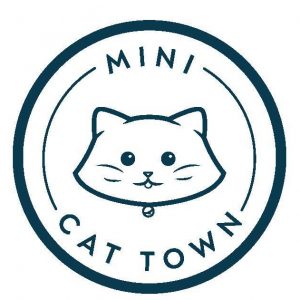